Over the weekend Richard and Ricky attended the NSW podiatry conference in Sydney. This was a little more special than a regular conference as Richard was awarded a “Lifetime Achievement” Award by the NSW Podiatry Association. This award is bestowed to members who have given their time and energy to the continued development of the podiatry profession over many years.  Richard was very proud to have received this award for his forsight in bringing researchers and practitioners to Australia in the mid 80s who delivered  innovative techniques in biomechanics into Australia. 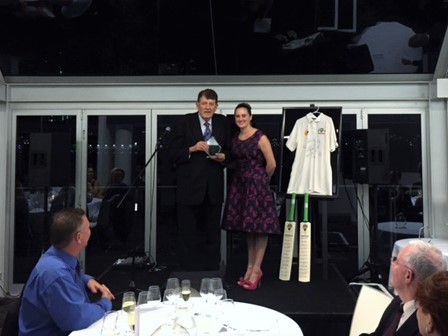